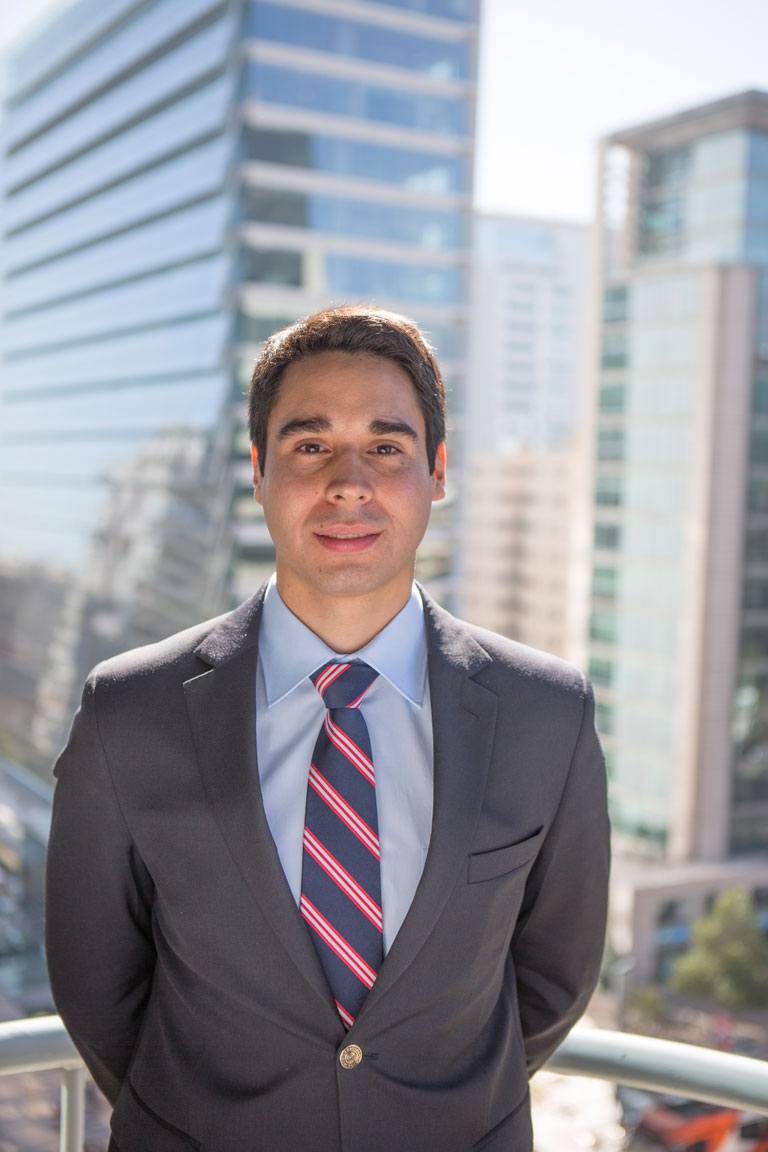 Matías Valenzuela is an associate biochemist at Covarrubias &amp; Cia. and head of the of patent department. He is in charge of drafting patents related to the Chemistry, Pharmaceutical and Biotechnical fields, in Chile and abroad. Likewise, he collaborates in the processes related to search reports of the state of the art, F.T.O., analysis and replies of expert reports.

In the academic area, he has participated in the Universidad Nacional Andrés Bello as a professor in charge of the Microbiology Laboratory course of the Nursing (2013), and Pharmaceutical Chemistry (2014). He has also worked as a research assistant in the FONDECYT projects “Identification and analysis of pseudogenes involved in the evolutionary adaptation of Salmonella Typhi to the human host” (2012 – 2014) and “Loss of key functions drives Salmonella Typhi adaptation to human host” (2015).

Matías has collaborated in the publication of the scientific articles available in ISI journals: “Salmonella Typhi shdA: Pseudogene or Allelic Variant”, infection, genetics and evolution, 2014; “Pseudogenization of sopA and sopE2 is functionally linked and contributes to virulence of Salmonella enterica serovar Typhi”, infection, genetics and evolution, 2015; “stg fimbrial operon from S. Typhi STH2370 contributes to association and cell disruption of epithelial and macrophage-like cells”, Biological research, 2015; “Lose to win: marT pseudogenization in Salmonella enterica serovar Typhi contributed to the surV-dependent survival to H2O2, and inside human macrophage-like cells” infection, genetics and evolution, 2016; and “Cysteine auxotrophy drives reduced susceptibility to quinolones and paraquat by inducing the expression of efflux-pump systems and detoxifying enzymes in S. Typhimurium” Biochemical and Biophysical Research Communications

Master’s thesis: “Contribution of sopA and sopE2 pseudogenes in the invasion of Salmonella enterica serovar Typhi”.

Introduction to the Patent Cooperation Treaty. The WIPO Academy, 2016.