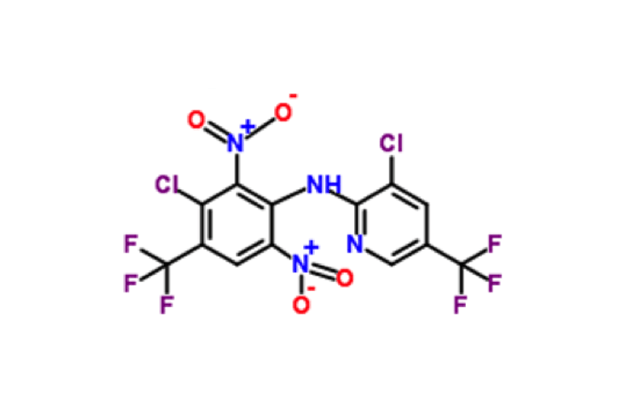 The Japanese company ISHIHARA SANGYO KAISHA LTD, whose business focus is the manufacturing and sale of chemical and agrochemical products, presented in Chile in 2011 an application for a patent of invention referred to a novel method to combat the soft rotting of a plant caused by the bacteria Erwinia   carotovora, which consisted in applying the compound flauzinam (image) to the growing soil of the plant without mixing.

However, by the end of 2015, the National Institute of Industrial Property (INAPI) decided to reject the application because it did not comply with the requisite of novelty. After presenting an appeal, and demonstrating to the relevant authority that the novelty analysis was performed erroneously, the Industrial Property Tribunal ruled in April of this year to grant the patent of invention under the number 54.099, overturning the first instance ruling and upholding the arguments presented by Covarrubias & Cía.